A Much Needed Recovery Operation

Posted on May 6, 2011
0 Flares 0 Flares ×
I could add little to the many reports and testimonials you’ve heard about the devastation brought by last week’s storms in and around my home state of Alabama. Suffice it to say, that, after praising and thanking my God for my family’s safety, I looked around and learned a lot of needed lessons about priorities, power, and peace. It’s in the calm after the storm that introspective contemplation results in spiritual resolve.

The very best of healing for the hearts of my family in Christ at West Huntsville happened last Sunday morning. After praying for this family for 3 days of very limited contact with each other, we came together, as we always do, on Sunday morning. It wasn’t just like all the other Sundays. We didn’t get hot showers before we came and whatever we had eaten for the past three days had been cooked over an open fire. Some of us smelled like charcoal smoke and, for the first time ever, the preacher wasn’t wearing a dress coat. It was hot and there was no air conditioning. We met in the foyer instead of the auditorium where we could see one another’s faces clearly as we worshipped in the light that streamed in through the glass entry wall. Chairs were packed in the large foyer and the two huge stairways and an upper walkway were packed with people, too. Though over half of us were missing, because many had evacuated or gone to places with electrical power, it was still a big family.

And family was just the feeling we had in that room as we sang praises to our father and remembered out older Brother around that makeshift communion table. Before and after the service we hugged each other and shared our thankfulness for mutual safety. Those hugs were extra tight and there was great comfort in them. I realized as I sat there on a high stair beside four of my favorite five and six-year olds, who were all about flashlights and generators and creeks that had turned into rivers, that this fellowship and worship was really what I had needed most. The tension of the chaos and real-life drama of the past few days just seemed to lift with the echoing praises and then ascend to the throne on the wings of prayers led by faithful men. We sang about being true and faithful and trusting Him. We sang about going to a bright and blessed place on a day of rejoicing. We sang about how, in spite of the wreckage all around in our temporal worlds, that all is still well with our souls.  I have never seen a body of people more prostrate in spirit before His throne as we reckoned in our souls with His power and faithfulness to provide for us, His children. I knew that at the table with my family, I would find the first real calm after the storm…and I was right.  It was a time of reassurance and renewal.

We’ve been so blessed. It is our West Huntsville family that gets to carry the food and gift cards and chain saws and assistance to others whose lives have been damaged beyond full repair this side of heaven. It’s members of our family who’ve attended funerals of neighbors and friends, rather than those whose funerals have been conducted. We can praise Him with the prophet: 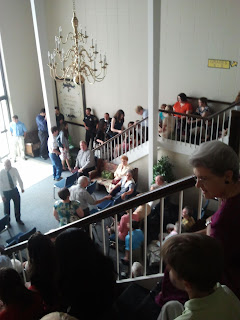 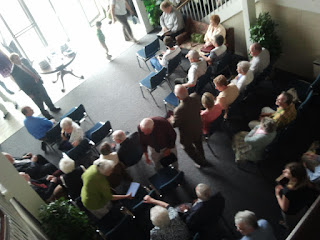 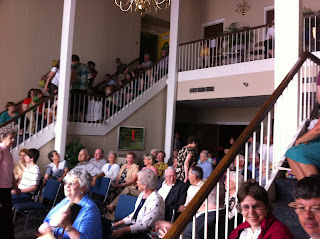 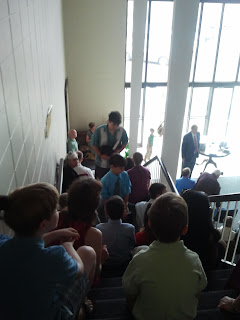 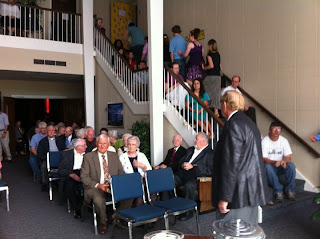 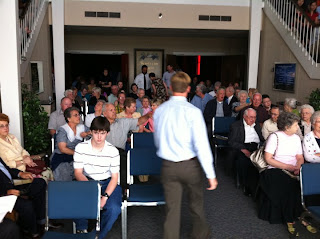 Family Ties in the Social Distance #42: Proverbs 15:16-17–Treasure with Trouble

The Parable of the Talents: Part One